Ranching in the Flint Hills 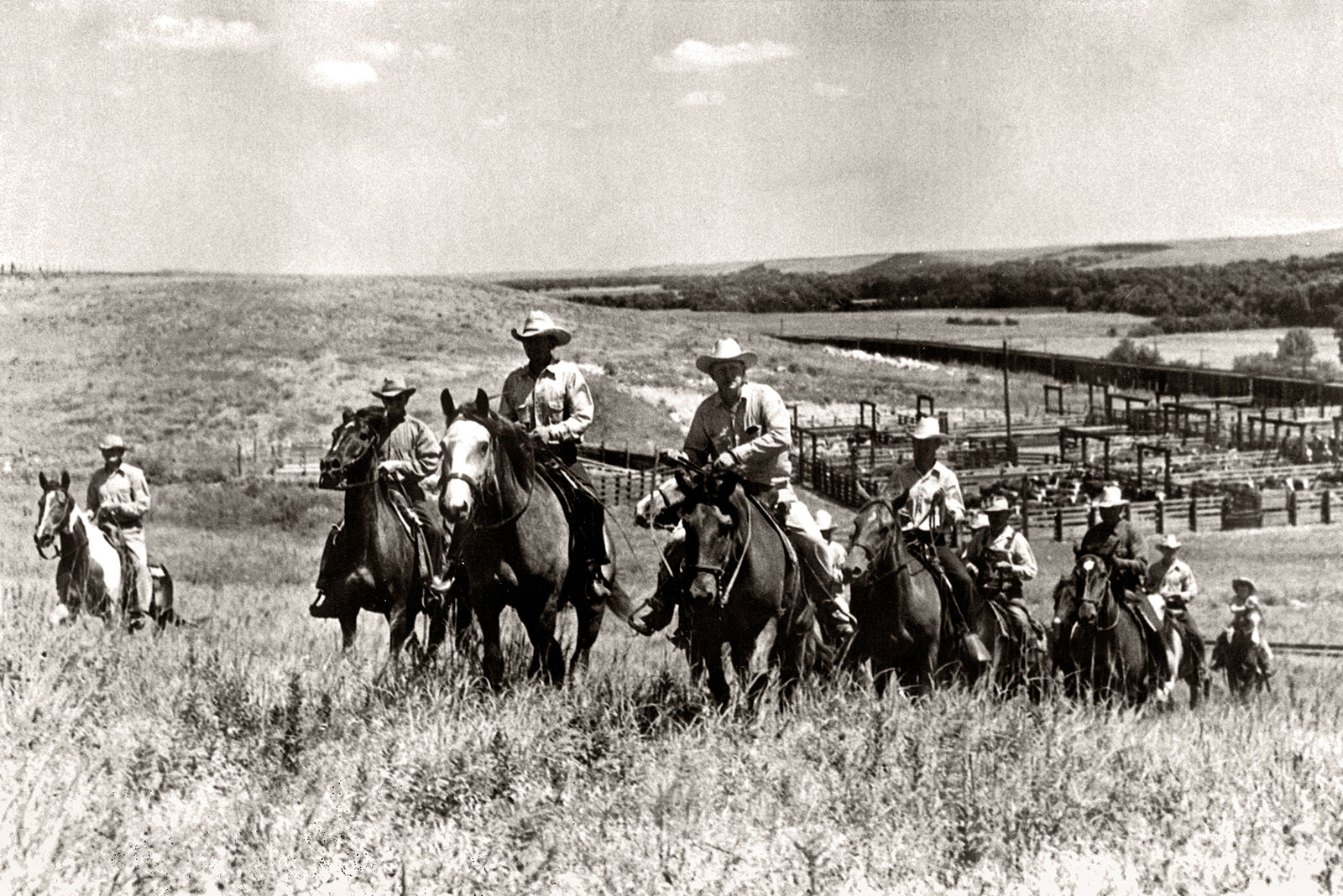 Ranching in the Flint Hills has changed since the early settlers arrived in the 1850s. It is important to document those developments and note their influence on today’s ranching practices. As these older traditions give way to newer ones, it is important to remember the heritage they leave behind.

Although the Flint Hills share many ranching practices with other parts of the West, there are many differences that distinguish Flint Hills ranching.

Foremost among these differences are the annual burning of the old grass to make way for the new and the pasturing of transient cattle for the summer grazing season, (i.e. cattle raised in other areas and brought to the Flint Hills from mid to late spring for a limited time, then sent to feed yards for fattening).

From the late 1800s through mid-twentieth century, most of these transient cattle were aged steers from Texas and the Southwest brought in for a limited grazing season. Since the 1970s, these transient cattle are yearlings that come from other areas as well, including Colorado, Nebraska, Missouri, Oklahoma, Kansas, and even Mexico.

About the same time that yearlings replaced older cattle, intensive early grazing replaced full season grazing. This allows twice as many cattle to graze only half the conventional six-month period. Double stocking also has an impact on the way many ranchers burn the old grass in the spring, which in turn affects wildlife habitat.

Historically, cattle were driven to railroad stockyards and loaded onto cars. By the late 1960s, trucks had replaced trains in transporting cattle to and from the Flint Hills. A truck can pick up or deliver cattle directly from or to a pasture. Recently, ATVs increasingly have been used in handling cattle.

We aim to highlight these differences and changes that make the Flint Hills unique through exhibits, programs, events, and symposiums. We invite ranchers, locals, schools, and visitors seeking a Flint Hills experience to come along with us as we journey through time, and join us as we explore contemporary ranching issues.

There are no upcoming events at this time.