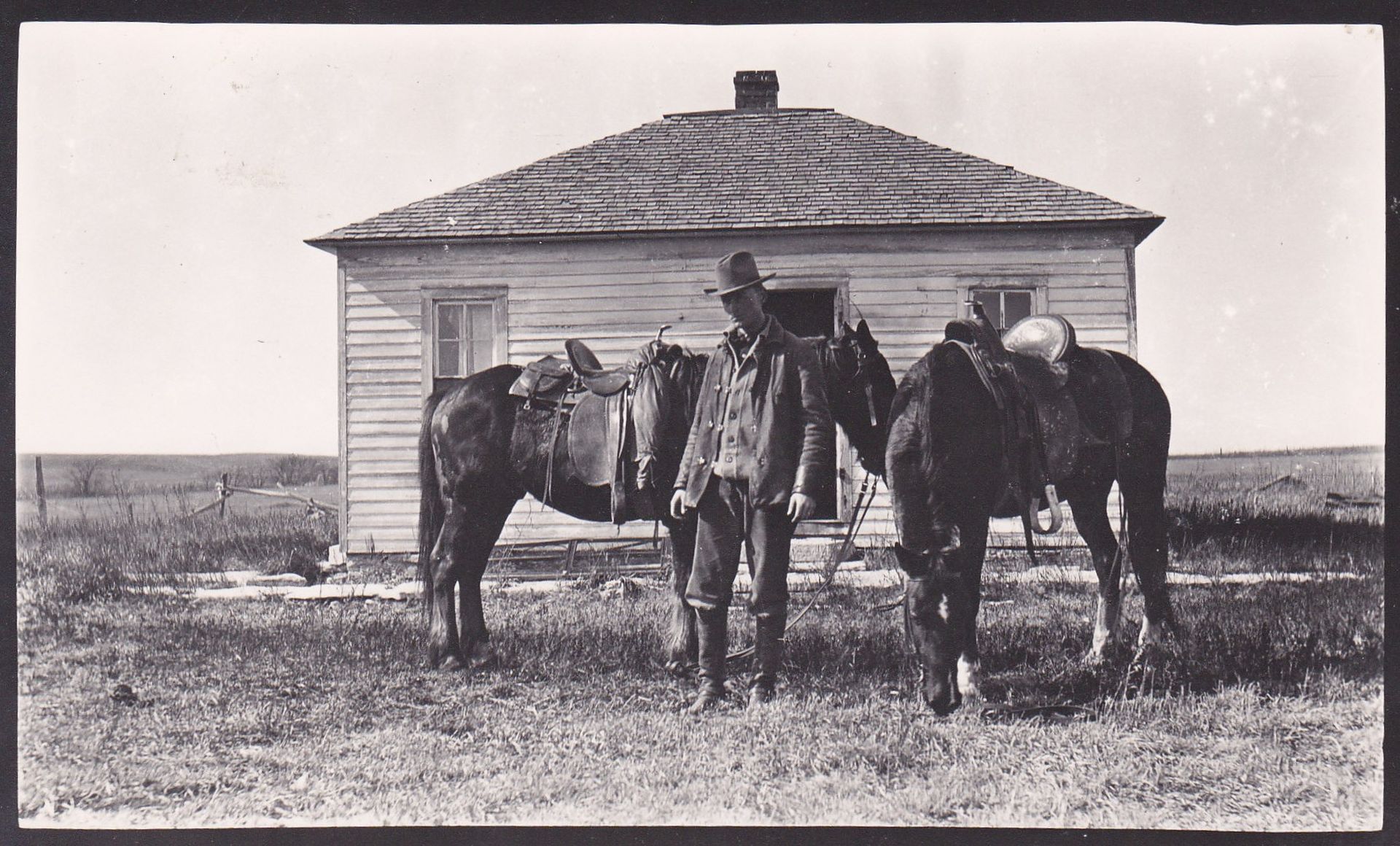 William P. “Will” Browning, Jr (1885 – 1978) around 1913 with Roanie and Midget in front of the house where he stayed while tending cattle during the summer grazing season near Greenwood/Chase Co line – early years of the Browning Ranch west of Madison. [Photo by James Arthur Browning] 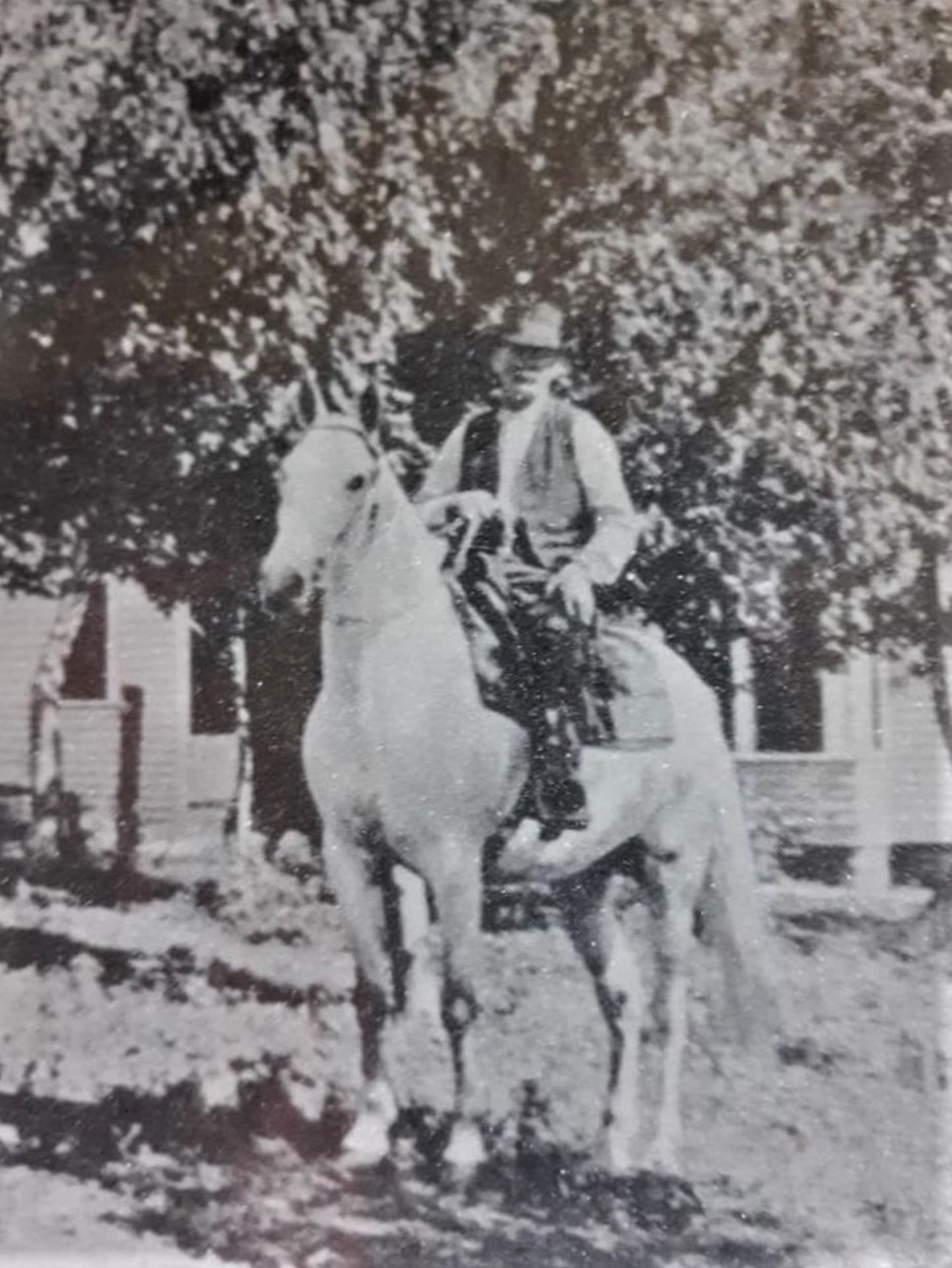 Shown here on his tall Tennessee Walker around 1920, William Peyton Browning (1860-1931) purchased the pastures west of Madison around 1910-1911 (known as the “home place” of Homer Prather) which became the Browning Ranch. Born in Monroe Co, Missouri, WPB Sr farmed and traded livestock until 1896 when he and brother Arthur moved to Kansas City, MO, opening their livestock trading business at the Kansas City Stockyards, dba initially as the “Browning Brothers.” Later known as W. P. Browning & Son, the business continued with his son William P. Browning, Jr. and grandson William H. Browning, for over 90 years maintaining an office at the KC Livestock Exchange Building. [Photo by W. P. Browning, Jr.] 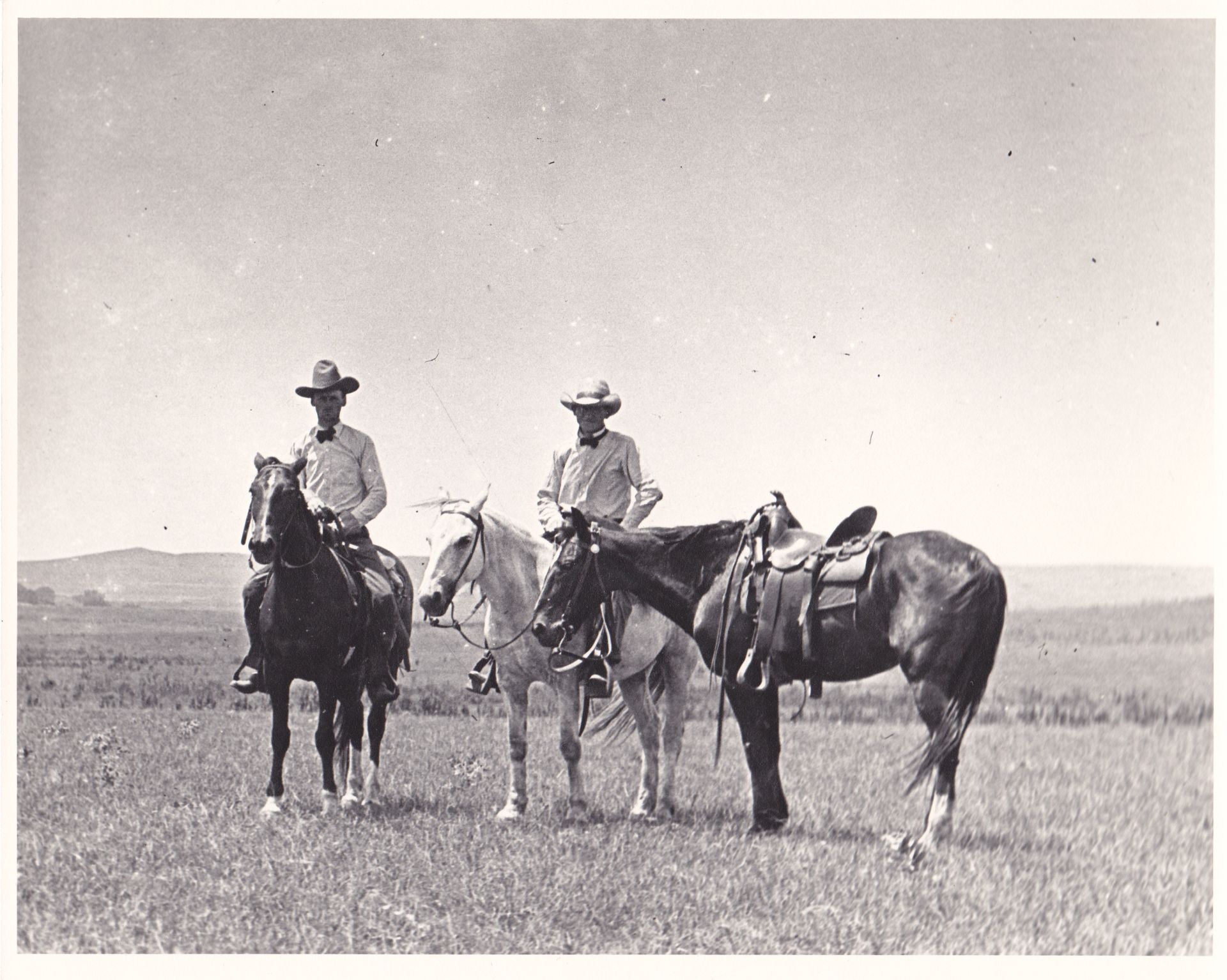 William P. “Will” Browning, Jr (L) around 1912 with visiting William Jewell College friend Manley O. Hudson (R) on the Browning Ranch 10 mi west of Madison, KS. Remarkably, Hudson went on to work in international law, helping draft the Treaty of Versailles and serving as the first US judge on the World Court at the Hague. [Photo by John Guthrie] 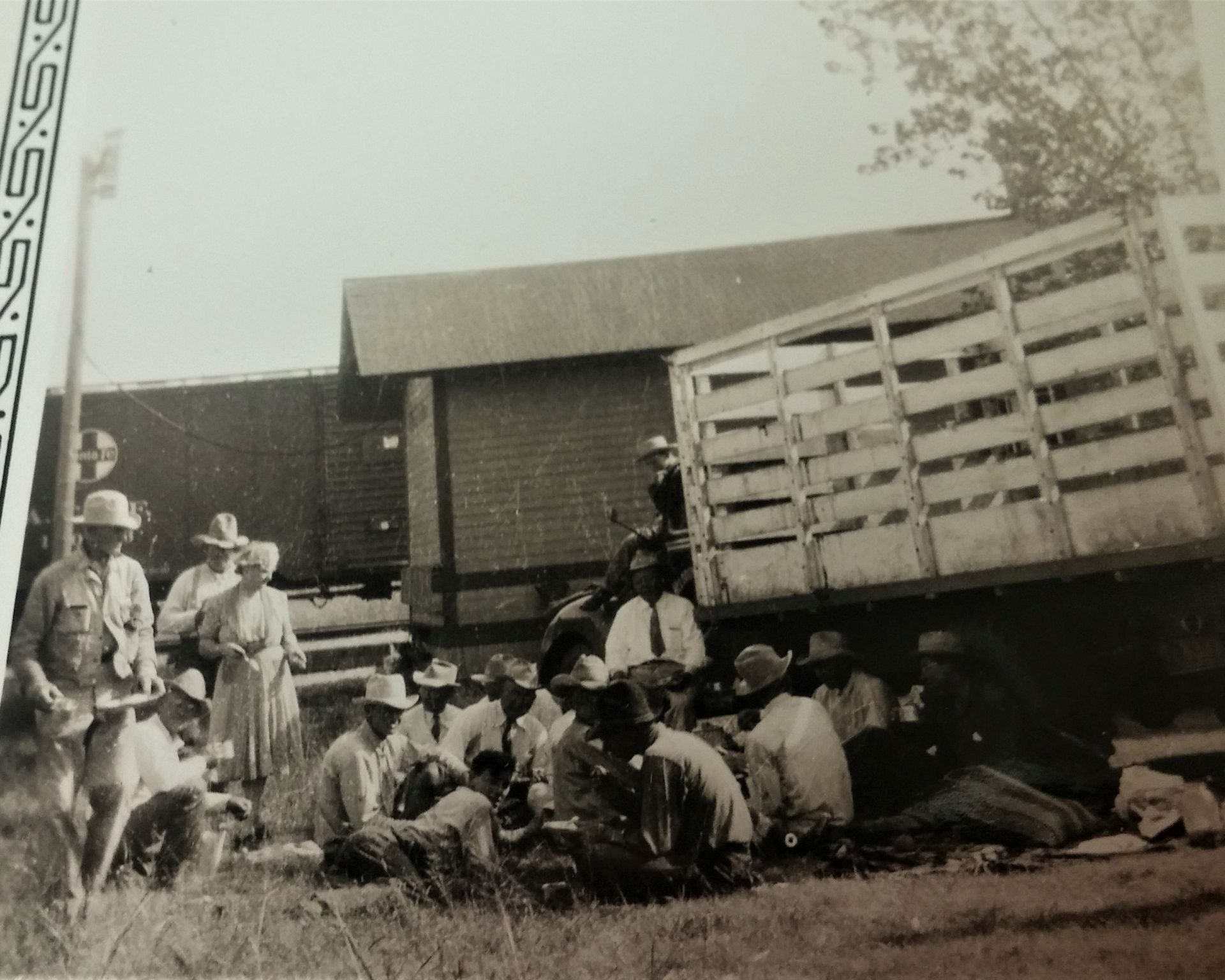 Will and Sue Browning around 1945 at railhead near Alpine, Texas, serving lunch to cowboys after loading Texas cattle purchased for Flint Hills summer pasturing in Chase and Greenwood Counties. The Brownings would then take the train back to Kansas with their Texas steers, a common spring ritual. [Photographer unknown, from the album of W. P. Browning, Jr.] 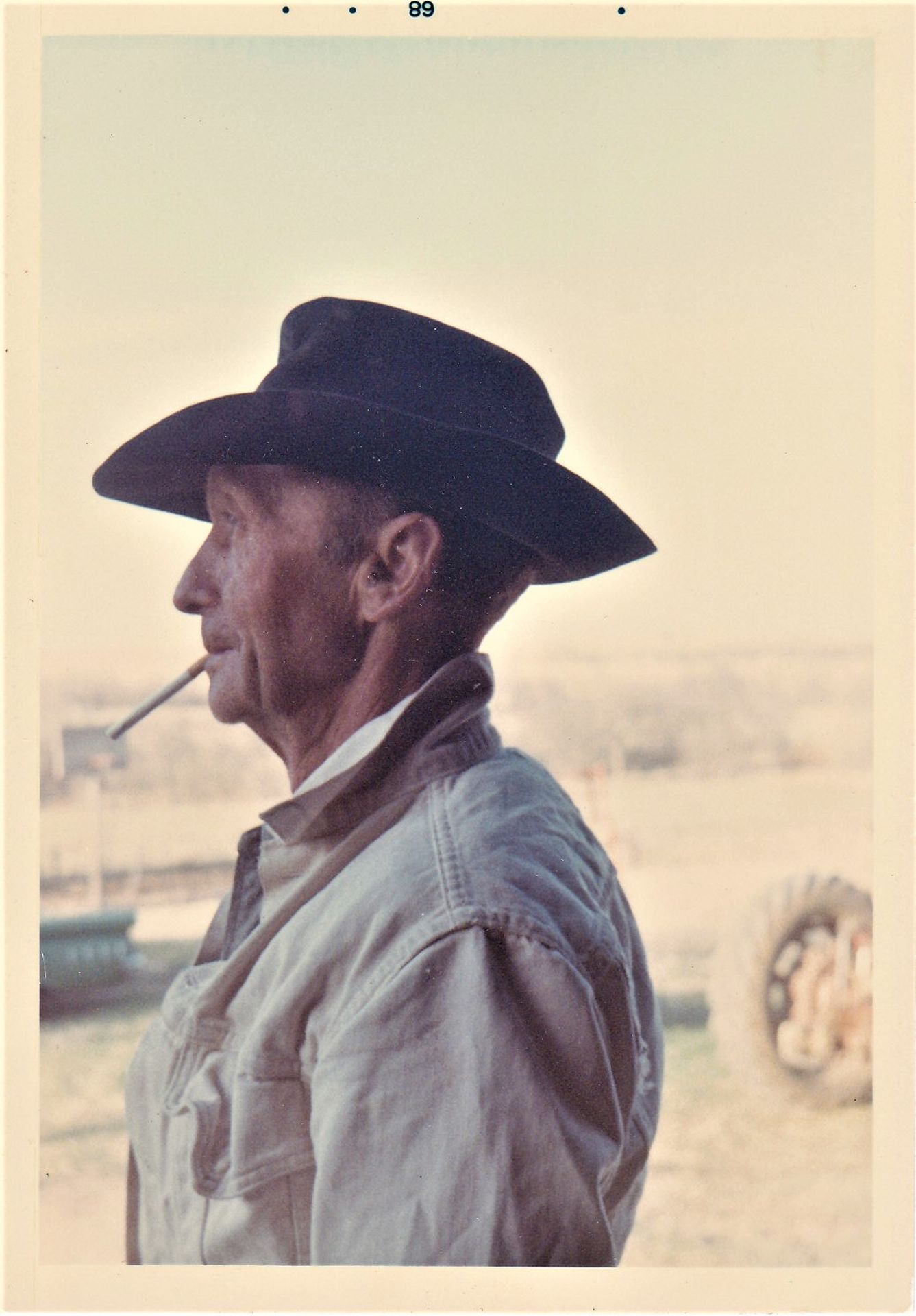 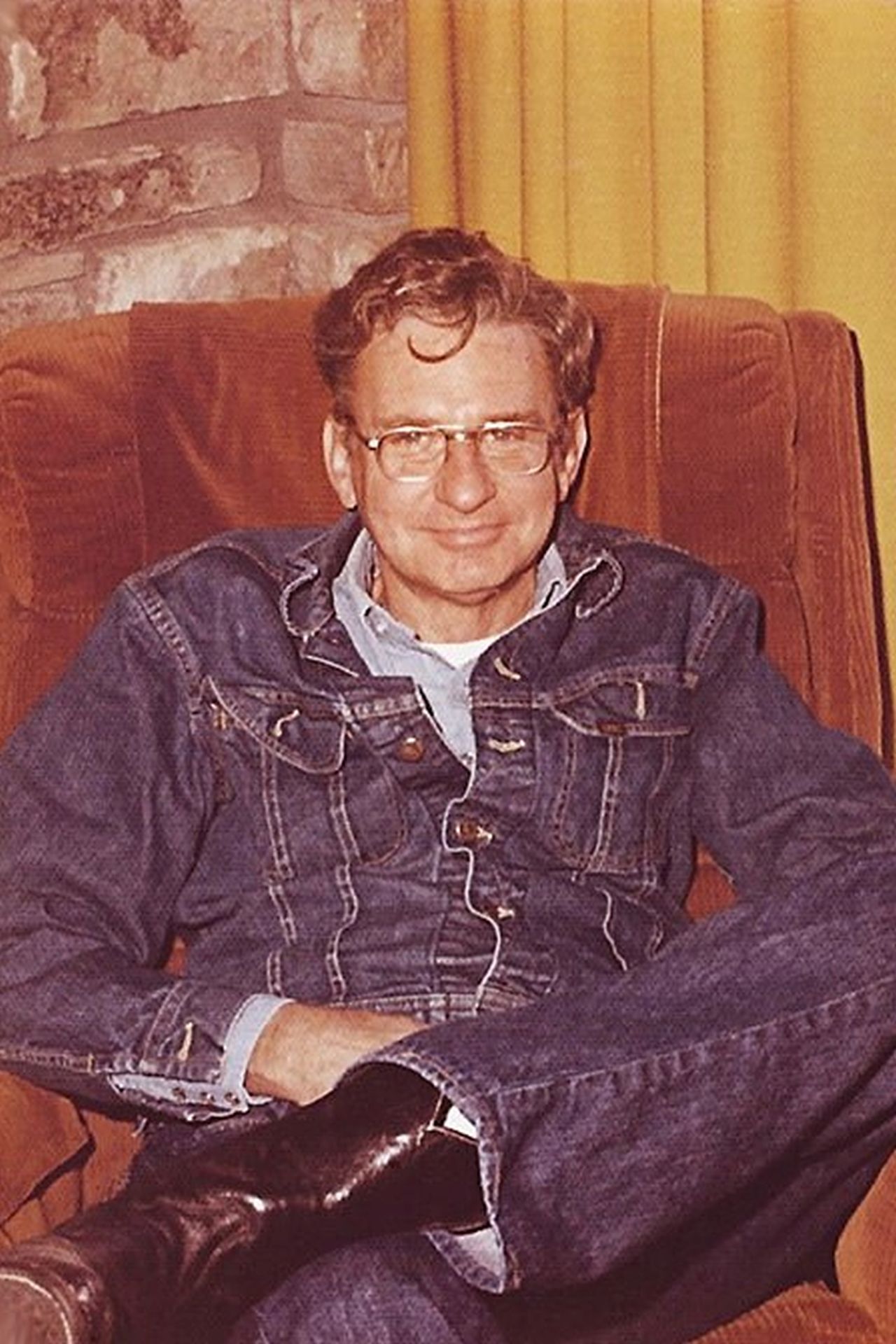 William Hayner Browning (1916-2012) – on the Browning Ranch around 1975. The only child of W. P. Browning, Jr, he practiced urology in Wichita, Kansas, while holding together the ranch operations in his father’s later years. He and wife Peggy frequently took their four children, William R. Browning, Susan Pogany, Patricia Berner, and Annie Wilson, to the ranch as they grew up, developing in them a deep love for the Flint Hills. Three of the children now live on the family’s land. Dr. Browning has written extensive memoirs of his early life on the ranch, including stories of his father and grandfather in the cattle business. [photo by Susan Pogany]