Gathering the Wild Horses: From Poem to Song 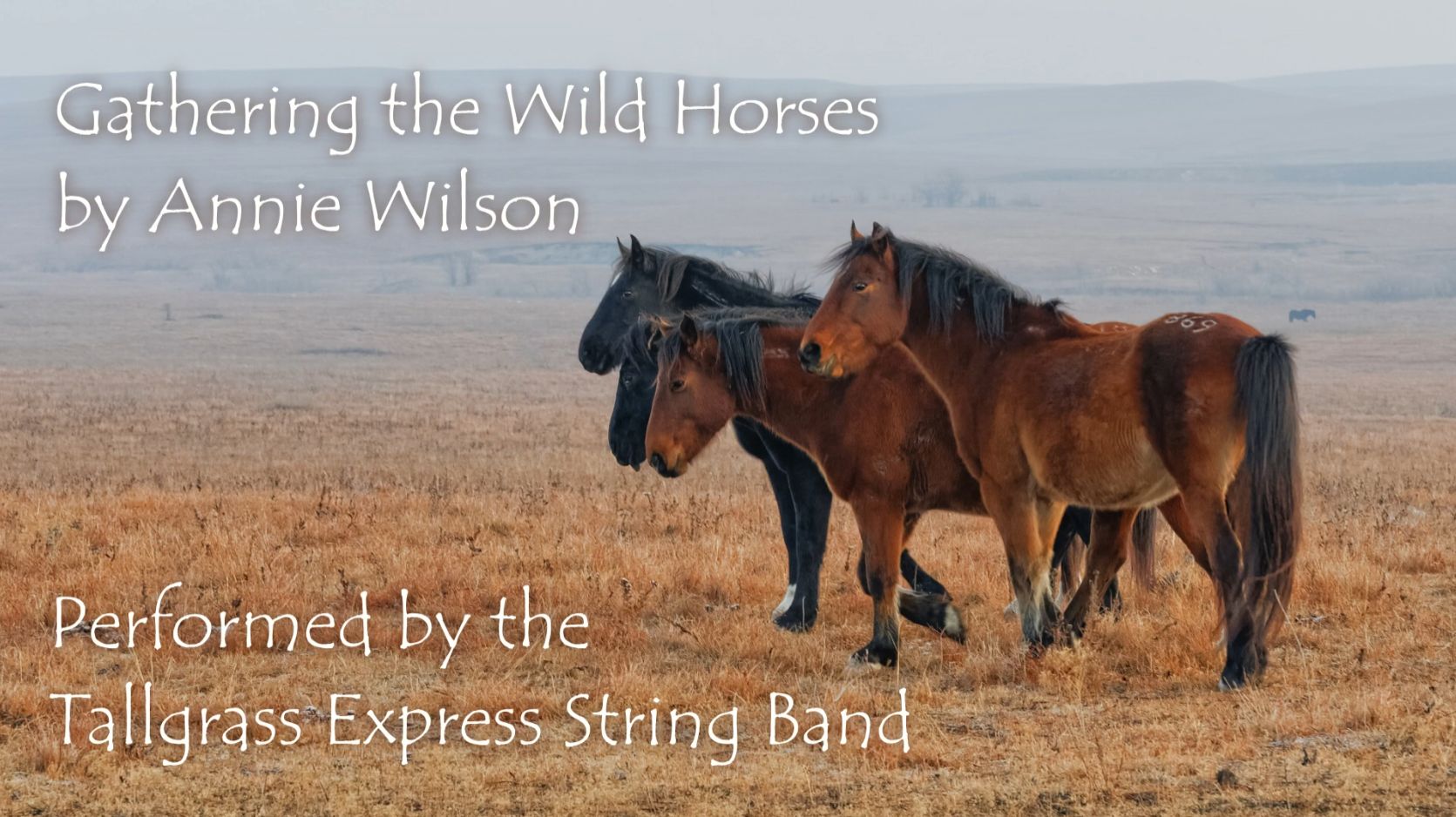 Gathering the Wild Horses: From Poem to Song

The first section of this video was recorded at a cowboy poetry gathering in Strong City, Kansas, in 1991, Jerry Wright of Wichita, Kansas, recites his story about “The Rock Creek Gathering” and Annie Wilson of Elmdale, Kansas, shares her account of “Gathering Wild Horses.” This was originally broadcast on KTWU/Channel 11 in Topeka, in the program called “Tales of the Cowboy Trail” produced by Dave Kendall.

Middle section: Annie Wilson recorded the video of herself telling the story of the wild horses, the writing of the original poem and of adapting it to song.